Should I tell him how I feel?

Ah, the butterflies. You can not stop thinking about this guy, huh? He’s constantly on your mind, and whenever you see him backflips. You’ve probably been daydreaming and imagining your future together. There is so much potential … You feel so excited to talk to him and you can not wait for him.

You have a full blown crush on this guy. You feel like you might already be in love with him already! But does he know? Nope, he sure does not know you yet … So now you’re wondering, “Should I tell him how I feel? And how do I even go about doing that ?! “

It’s true, having feelings for someone can be the most exciting feeling in the world, but it can also make you feel extremely nervous. How do you tell someone you have feelings for them? Is it actually a good idea? What if he does not feel the same way? Do not worry because I was writing this article for you today when it’s time to do something!

Why is it important to ask you: Should I tell him how I feel?

Some people come to me and ask, “Is it bad to tell a guy how do you feel? Should I play hard to get? “

I would have to say that yes, a period of keeping up with him. When a man feels like he wants to work towards a goal, things become much more exciting. If you’re wondering how to attract him , I encourage you to read this article right away! Building attraction between you is crucial for making him want to get closer.

Now, it’s good to maintain a bit of intrigue, but when you’re starting to really feel something, I want you to ask yourself this:

You can be positive!

There’s a quote from Tony Robbins, I’m sure you’ve heard about.

He is absolutely right. We have this chance to fixate on the worst possible outcome and our anxiety paralyzes us! We would like to see you and we would like to know that we are going to be skeptical.

Yes, we know you’re lucky that you’re hoping for it, but we do not know that you’re interested just because he did not know he had a chance with you. So what do you do ??

I know that it feels like you want to hide your feelings. After all, it’s the easiest way for us to protect ourselves. Most people have experienced rejection and heartache and do not want to put themselves in another situation in which makes them feel vulnerable. No one wants to be rejected! But when it comes to rejection, even if it happens to someone, is not always final. It’s up to you to decide if you want to keep learning how to get a guy, or if you want to take a question answered and move on!

I’ve always said that honesty is key in healthy relationships, and if you want to be honest with yourself, how would you honestly feel?

I want you to know that no matter what, the outcome will be rewarding. Even if it’s not quite what you’re hoping to hear, it’s going to be in your right direction towards the right relationship for you.

So, let’s take a look at some signs that it’s time to tell him how you feel.

6 signs it’s NOT the time to tell him how you feel! 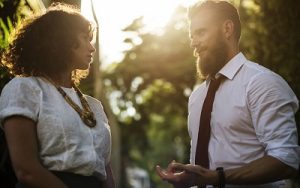 This is huge. You might feel that the feeling is mutual but then again you might not. He might be hot and cold and really not courting you and showing up as much as you. He also may have said things that drew a red flag and you are not sure how he feels about you. If this is the case then its time to just naturally let things progress and see his true colors shine.

He is rushing into the relationship too fast…

This might scare you because you are wondering why he is trying to rush into something with you. You might be hesitant because you know your special but it just does not feel normal to rush into things too fast when you barely know him. The chemistry might be amazing but it’s just been a couple weeks and your gut is telling you to take your time.

Your friends are not too fond of him…

They know you better than anyone and they want the best for you. If they recognize real potential and think it’s a good idea, they’ll tell you that you should do it. If they thought it was a bad idea, they’d tell you. Which incidentally, if they are telling you to pump your brakes, it would be a good idea to listen and take things slowly.

You don’t know him really well…

A man that is ready to commit is going to make sure that he does not lose you. He will continue to try and have fun with you, get to know you and also respect your time. If this happens I challenge you to tell a guy and if he is not willing to change his behaviors then really take a moment to reflect why you have feelings for a man that does not give you the time you deserve. i

He might be trying to always go to the hottest parties since may be important to him right now. He has probably also told you that he isn’t ready “yet” just so you stick around for the comfort or anything else you may give him. The challenge here is to understand why you like a man that is not available for you. Pushing away and really focusing on you is going to be the goal here to get him to see you in a different light.

5 Signs You Should Tell Him How You Feel!

He always texts you…

Even though I think you should initiate a text with a guy every once in a while so he knows that things are being reciprocated I also know that a man will continue to try and court you so he can show you how he feels. He shows his commitment to you, plans things ahead that the both of you may enjoy and checks in on you from time to time to see how your day is going.

He asks you to go out with him…

So this man asks you to go out with him as much as possible. To important events, meeting close friends, or possibly even family. A man that is open and not trying to hide things to see if the both of you would be a great blend to share life with is showing how he wants to make the next move with you.

He asks specific questions about the future…

He might plan trips and dates with you in advance. He starting to talk about the future and how great it will be, how excited he is, and how he enjoys your company and his mindset has changed to him incorporating you in his life and I hope the same happens with you vice versa. The reciprocation is even between the both of you.

You know his best friends and family…

Typically men only talk about you to their family or best friends when they know that this relationship is something special. Pay attention to the people he introduces you to and how he does it. He might plan a special dinner for you to meet everyone and possibly already told his parents about you!

His words are aligned with his actions…

The things he does and says brings no question as the things he says is proven through his actions. You can really tell a mans intent with you when you focus more on his actions instead of his words only. When you see a man show up he is more then likely to do it with his actions to show you he cares.

How to tell a guy how you feel about him

So, if you’ve decided that it’s finally going to be so lucky that you feel something for him, let’s take a look at exactly how you should do it.

Do you know what you want to know about CRUSH that you like him? 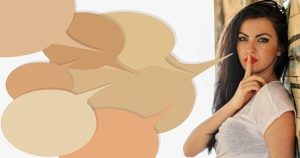 You do not need to think about how to say it for hours and hours, even though I know it’s scary! Let me just say that men appreciate simplicity.

So how to tell him how do you feel ?

Listen, all you have to do is tell him.

Plain and simple. Just tell him! Tell him that you ‘ve grown up feeling well, you’ re spending time together, and you ‘d like it. No need for some huge statement of love. You want to keep things feeling honest and yet lighthearted. If you guys are already friends, you can add that he’s one of your friends and your friends will not change if he does not feel the same way – you just wanted to share what’s on your mind. Like I said above, if you feel that you would not say anything, just say what you need to say.above, if you feel that you would regret not having said anything more than saying anything, just say what you need to say.

And here, I have that John Mayer song stuck in my head.

But he’s on something! How did those lyrics go?

Say what you need to say! “

Sure, he could pick up on the fact that you enjoy his presence but he could not be able to decode the “I love being around you because I have feelings for you” element. When you’re going to tell him , do exactly that! Tell him you LIKE him!

I’m going to end this article with a little story about who I’m going to be. She told me that she was her best friend, and she was so scared of ruining their friendship. She had been feeling something for him for years but never had guts to tell him!

The day he started dating another girl like a knife straight to the heart. That was the time that she needed to muster up her courage to tell him. My girlfriend, Andrea, did not really know the girlfriend and she did not really enjoy talking about the relationship with her friend …

Then they are walking through a park on their way to some friends, she found the courage to do it. “Rob,” she said, “There’s something I’ve been meaning to tell you.”

She was waiting for him to say, “Oh wow, OK, thanks? But no thanks … “What he said instead completely caught her off guard. He was suddenly no longer nervous at all. In fact, he was beaming.

Andrea, I’ve ended things with her. And you want to know why? Because I have not been able to stop thinking about you and I never dared tell you. I thought you would never see me again. “

So these two had spent so much on everything but never daring to say anything about it !!

Moral of the story is this: if you feel something strong for someone, and you want to know how to tell a guy how to feel about him , all you have to do to you. It does not matter anything crazy. Whatever the outcome will be, it will be positive.

I sincerely wish you the best,