You have all the tools you need at your disposal, and I wanted to write this article to bring your attention to all of them! 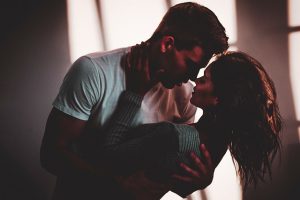 How do you seduce a man perfectly?

A woman who is seductive is not the stereotypical home wrecker that some people might think of when they hear the term “seduce;” No, she is a woman who presents and exciting challenge to a man.

She is a woman who is not easy to get, but is highly desirable. She’s confident, she doesn’t flirt with everyone; only a man of interest to her. She’s naturally sexy and knows how to highlight her most attractive qualities. She’s comfortable in her body and her confidence exudes sex appeal. A seductive woman never tries too hard or seeks attention. She doesn’t need validation from men because she knows what she brings to the plate.

A woman who seduces men is confident; she doesn’t see other women as competition.

When you want to seduce a man, you will have to feel comfortable with who you are and know how to use your qualities to your advantage!

I’ll cut right to the chase here. Your most powerful tool is your personality. There is no one else like you on this entire planet, and you have your own unique set of qualities that you bring to the table.

Seduction is a very delicate art but once you become a master, men will become putty in your hands. The best way to seduce a man is to confidently be yourself. 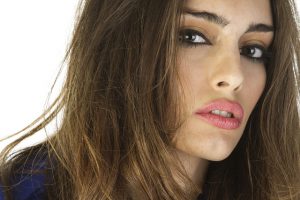 If you’re feeling like your self-confidence is not at its best or if you’re not in love with your body, now would be a great time to start trying a new sport. It’s amazing what the endorphins and the physical changes do to make you feel amazing in your skin right away. The better you feel in your body, the more your confidence will shine through, and that it will not go unnoticed. The more you love yourself, the better life will be… and the easier it will be to seduce a man!

One of the most important things to keep in mind when it comes to seducing men is that you never want to appear needy or clingy. You always want to have your own thing going on and never lose sight of your goals.

Maintaining a personal life and doing the things that are important to you are some of the sexiest qualities a person can have. Hold on to your independence and show him that you don’t need him all the time. This will also give him the opportunity to miss you, which comes in handy want you want to seduce him.

3.Let this man wonder if you’re into him

When you’re trying to seduce him, let him wonder if you’re really interested in him. Don’t blatantly tell him that you have feelings for him. You want to make him wonder and hope, and you want to make him WANT to work for it! The way you do this is by living a life that makes him want to be a part of.

Take note of the vibe you’re giving off. You want to be inviting and attract him into your world, but like I said – don’t be clingy. You don’t want to be begging for attention from him! Similarly, don’t be too standoffish either. You don’t want him to think that you’ll bite his head off if he tries to flirt with you either.

4. Dress to impress and use body language

As men are visual creatures, one of the best ways to seduce a guy is to dress to impress… but here’s the caveat. Dress to impress yourself. You don’t need to dress like a sultry temptress or be scantily clad to attract a guy’s attention. All you will have to do is wear things that you know look good on you and make you feel sexy. The moment you feel sexy, it will show and catch eyes.

I should also mention that body language will play a big role in seduction. In fact, this study shows that women, in general, are better at communicating and picking up on nonverbal signals… So don’t be afraid to maintain eye contact, use light touch when he makes you laugh, or place your hand on his knee. Make sure that you’re sitting or standing upright, as this will communicates that you are confident about your body. 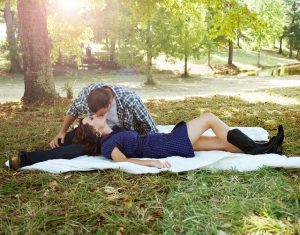 5. Make him associate you with positive emotions

Perhaps one of the most obvious ways to seduce men is by making them feel good. If you attract them, stimulate them, and make them want to work to get you, they’ll keep coming back for more. If you’re too hard to get or you have a negative attitude, the man could lose interest…

How do you seduce a man wildly… the right way?

I also want to take a moment to talk about what NOT to do when you want to know how to seduce a man. A lot of people adopt behavior that is not their own in an attempt to impress a guy… And there is no point to this. Even if he does fall for you, he will be falling for a personality that is not actually yours, and the relationship will end up falling apart later on.

So, don’t pretend to be ditzy, and don’t emasculate him! Sometimes people think that a femme fatale attitude consists of making a man feel small and putting him down. In truth, there is no better way to make a man lose interest in the blink of an eye.

And last but not least, (and at the risk of sounding like a broken record), don’t beg for his attention. Be busy, have your own things going on, and make him hope that you’re going to call him up! He should see that you’ve got your own life going on, and he’s not the only thing on your mind.

If you’re having trouble getting a certain someone’s attention and making him fall for you, don’t hesitate to reach out to me for one on one guidance!

Wishing you a great day,

Your coach for knowing how to seduce a man