Chasing a man: Are you doing it and how can you turn things around? 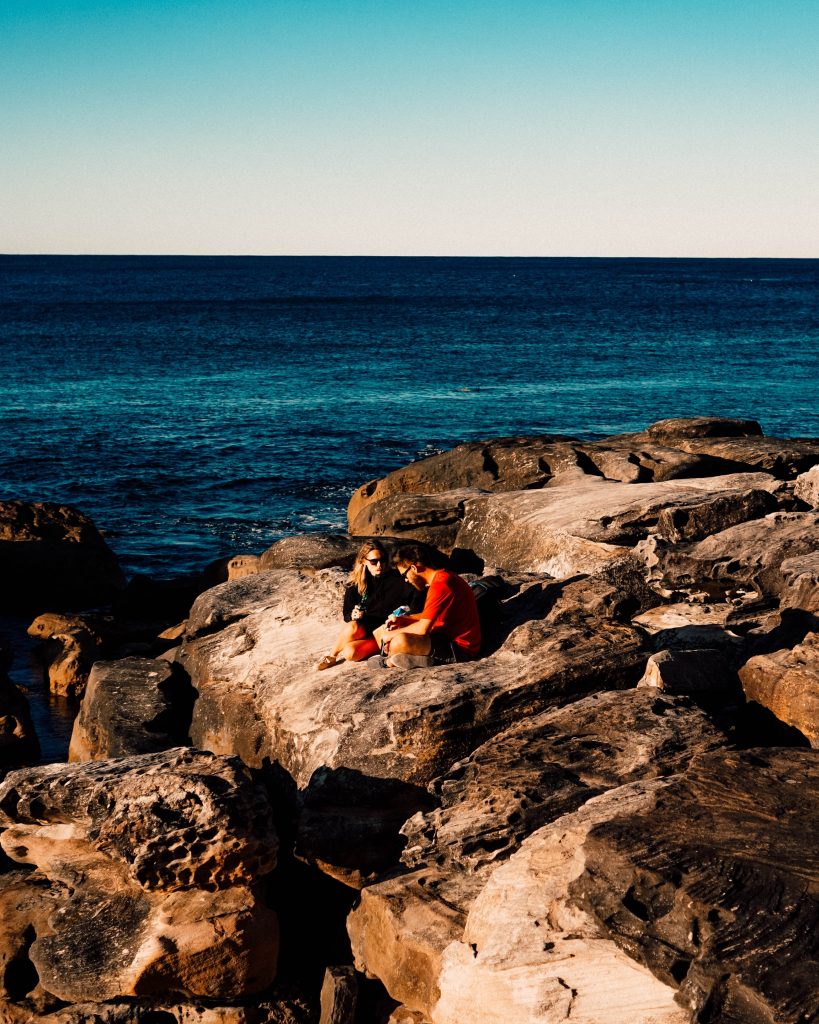 As you probably know, chasing a man is one of the worst things you can do when you’re trying to get him to commit to a relationship with you. Men do not like it when a person is being needy or clingy and unfortunately, a lot of the time people don’t realize that they’re actually doing it. If you’re reading this article today, chances are that you’ve been bending over backward trying to get this guy to be more interested or more involved in the relationship, but nothing is working. You’re now wondering what you can do because this situation is becoming unbearable.

I’ve worked with thousands and thousands of women since 2007 and I can confidently tell you what works and what doesn’t work with men. The thing is, we’ve received an improper education in our society when it comes to men, women, and romantic relationships. Hollywood and Disney movies have taught us that if you want to receive more love, you have to give more love. Unfortunately, this is exactly what leads people into situations where they’re chasing a guy. The problem is that the more you chase a man, the less likely you will be to get what you actually want from him.

That is why I wanted to write this article on how to tell if you’re chasing a man but more importantly, what you can do about it to make him chase YOU instead!

Chasing a man: the psychology behind it

Before we go any deeper, let’s ask the question of “Are you chasing a man?” If you answer yes to the following questions then yes, you are chasing him and something needs to change immediately.

Are you the one making the first step to talk to him?
Are you the one who is always making plans or proposing dates with him?
Does he seem to pull away whenever you do something to try to get closer to him?
Do you feel like you’re giving him more than he’s giving you?

If you’re chasing this man, you’ve got to stop it right now. There is nothing less attractive to men than clingy women and if he feels that you’re chasing him, it’s instantly going to paint you in a bad light. I know that many of you are thinking, “Alex it’s so confusing. In the beginning, HE was the one who was pursuing me, texting me, calling me, making plans to see me… And the moment I start to let my guard down with him he disappears? It’s so frustrating and I don’t know how to handle this.” And then because you’re trying to find some clarity in this crazy situation, you end up trying harder to get close to him which just pushes him further away. 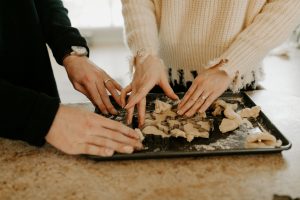 I work with so many women who tell me, “I don’t want to play games though,” and you’re absolutely right. I completely agree with you and think that it’s such a shame that men operate like this. But this is how they operate, nonetheless. So I want to tell you that if you want to know how to make a man chase you, it’s not about playing a game or just using the push and pull technique. It’s more about understanding how the male mind works. We develop habits and we are attracted to what we don’t have.

I mean we can just look at the current situation – you’re attracted to this man that you feel is slipping through your fingertips, so we need to shift the dynamic and make him feel that way about you. Not the other way around.

Trust me I get it. You’re tired of these types of things, you want love to be simple, you want to build something meaningful with someone and it shouldn’t have to feel like pulling teeth. The good news is that if you can apply the tips that I’ll be going over with you, you’ll see a big shift in the relationship between you.

If you’re familiar with my philosophy then you know that I often quote the psychologist Robert Chialdini who says that the human being is attracted to what he does not have. So if you’re chasing a man and giving him lots of love, attention, sex, you’ll see that he’s not going to give you the same in return. Why? Simply because he’s taken you off of that pedestal.

Many of you are confused because this guy was the one making the first step all the time when you first started seeing each other and now it feels like he’s dropped off the face of the planet, but there is a reason behind this. When a man first meets a girl, he is in awe of her and sees her as a challenge that he might not even be able to attain. So he knows exactly what he needs to do to make you fall for him and when he does, the excitement of the pursuit is gone. This is when you start to show your emotions a little more, become a little more vulnerable with him, and go out of your way for him more. And what does he do? The exact opposite! Crazy, right?

So, what can we do about this?

Never chase a man. Instead, do this!

There are three solutions when you want to know how to get a man to chase you and if you can implement these tips into your day to day life, you’ll see that you CAN get this guy to pursue you again. You just have to be strict about enforcing these techniques, but if you do this, you’ll get positive results. After working with so many people all around the world, I can confidently tell you what works and what doesn’t work! 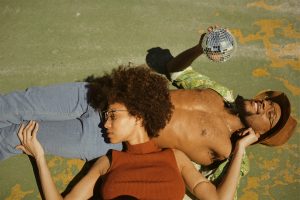 So, the very first tip I have for you is to STOP chasing him. No longer make the first move. This means, no more texts, no more calls, and most certainly no more dates. He needs to be the one who comes to you. If you accept that this man is on a pedestal, you’re doing yourself a disservice and nothing is going to come from this and you will never get him. I know that’s not fun to read, but I am here to give you real results.

It’s time to tell yourself that he needs to chase you, he needs to make the effort. And I know that you’re worried that he’s not going to make the effort and that if you stop trying, you’ll lose him, but trust me when I say that he will do it. He’ll do it because he’ll realize that he’s losing you. I know that it’s so frustrating but if you can change your mindset and your approach, you’ll see a difference.

When a woman chases a man, he has no reason to pursue her and he can lose interest. It’s in men’s DNA and they want to be the hunters, so make sure that you’re not placing him on a pedestal and allowing him to take you for granted. We want him to fight for you!

What makes a man chase a woman: The relationship must feel unique

Every single man on this planet wants their relationship to feel like something special. By nature, guys will have an aversion to committing to a relationship… unless they feel that it is something out of the ordinary!

Men don’t like to give up their freedom or their independence, but if you can make this relationship really fun and exciting, he’ll gravitate more towards you. So this is why I always ask my clients that I’m coaching to do new activities with the guy they are seeing. Go ahead and take a pen and a piece of paper and jot down everything that you would like to do with this guy, and try to think of things that you’ve never done before. This way the attraction and excitement will grow and become so strong that this man will have no choice but to want to chase you!

If you can make this guy see you as the challenge again, everything will change. So this means that you shouldn’t be talking to him about your feelings, telling him that you’re in love or asking him questions. I bring this up because one of the most common mistakes I see women make is asking a guy, “Do you like me?”

This instantly puts all the power in his hands and makes it easy for him to think, “Ah she’s just a clingy girlfriend.” So, unfortunately, he’ll pull away. 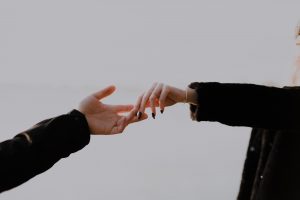 Instead of doing this, you’ve got to have a solid sense of self-worth, know exactly what you bring to the table, and never ask him for reassurance because you don’t need his validation. This is why it’s so important that you work on building your self-confidence every single day. What’s more, the busier you are in your life, the less time you’ll have to think about him and you’ll keep yourself safe from chasing him!

You have to know that you’re the best version of yourself and this will help you to raise your standards in terms of what kind of behavior you accept from this man. It will then become very natural to not make the first move or ask him for an explanation when he feels distant. Instead, you’ll be focusing on yourself and you’ll be becoming the 2.0 version of the woman he fell in love with you the first place… And ladies, this makes you irresistible. Especially when he can see that he’s not on any pedestals!

The days of you chasing this guy are over. From now on, you’re going to be focusing on becoming the new You, you’re going to be making sure that he fights for you, you’re not going to do anything that’s going to make you look needy or clingy, and you’re going to get back on that pedestal in his mind. He will have no choice but to want to pursue you and start chasing you like he did at the beginning of your relationship!

To take it a step further, you can always reach out to me for one on one guidance just by clicking here. But you also have access to my entire YouTube channel where I’ve created countless videos on this subject.

I know how frustrating this situation can be, but there are always solutions available to you. It is my goal as a love and relationship coach to provide you with all the tools you need to become happier than ever before in your love life. I’ve dedicated my life to it, so I only want to provide you with the best.

I’ll see you soon ladies for another article!