Many women, whether they are my readers or the women that I work with, would like to know the key to understanding men, or at least a way to understand their actions and the way their brains work. Whether you want to seduce someone you know, your partner, or even your ex, knowing what men like in women and the secrets that go along with it will help you to have a much more fulfilling love life. If you’d like to decode the inner workings of the male mind, this article is for you. I will guide you from A to Z so that you can learn what he wants, and to understand how to better respond to his desires.

That said, I’d like to offer up a warning right off the bat. If you’re expecting to read a big list of clichés, then you’re on the wrong page and you can go ahead and close this page and continue reading horoscopes, psychic predictions, or any other advice that isn’t rooted in fact. Before you go, ask yourself if those kinds of tips have provided you with answers up until now? I don’t think so…

I base my analyses on concrete evidence and precise studies of the people I accompany in my coaching sessions. I know how important it is to get into your partner’s head if you want to really know what men love in women. This is how you can meet their needs and increase the complicity between you! Before we go any further, I want to bring your attention to one thing: there is not one single type of woman that pleases them all, so nothing should prevent you from remaining natural. There is a man that corresponds to you and if you know how to allow your personality to shine through and avoid making mistakes, you’ll have a much easier time revealing your qualities to him.

Why is it so important to know what men like in women? 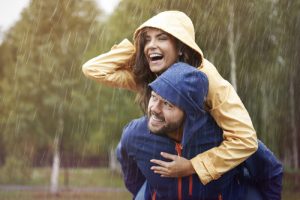 You aren’t the only person to ask yourself what assets you should place in the forefront and what you need to do to steal a man’s heart, and what’s more, it might surprise you to learn that men ask the same question!

I’m going to tell you something else when you’re wondering about what men like in women, it’s important to know that seduction plays a key role. Women in any situation can ask the same question. Some want to know how to understand their husband’s attitude better, and others want to know how to interpret male behavior so that they can have a better grasp of human relationship. In the majority of cases, a woman that is asking “What men really want in a woman” is looking to seduce someone!

There are different factors that can explain the reason that this question is being asked. I have studied what men like for close to ten years now and some of the answers might surprise you!

This question is most often asked as a way to seek reassurance when you’re in love and you’re worried about getting hurt. In fact, when you’re able to get in someone’s head, to understand that they want (and even anticipate what they want), then you considerably increase your chances of making him addicted to you…and this is exactly what you need in order to make him fall head over heels in love with you.

That said, you’ve come to realize that understanding someone else is challenging because they are not you! 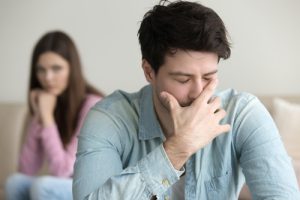 There are of course mistakes, incomprehension is preconceived notions. Knowing what guys really want in a woman is a way to be confident in what you’re bringing to the table and to avoid making common mistakes that often slam the breaks on the development of feelings.

Wanting to be with a man is also about understanding how to adapt to him(and for him to know how to adapt to you). So if you’re not sure how to proceed, you risk falling into a <strong>one-sided relationship</strong> even if it’s subconscious. In fact, this is one of the most common reasons why men end relationships: they don’t feel at ease.

By having a head start and showing that you are unlike the rest, you will undoubtedly get a positive reaction from the man you like, and this is exactly what I want for you!

That’s enough of the mental aspects of things… Let’s jump into the how-to’s as I reveal 4 things that you must know about what guys really want from women!

What men want: The 4 tips that are going to change everything

So, what are the techniques to use when you want to win a man’s heart? I’m going to tell you four things that are going to change the game when it comes to seduction or your relationship.

What do men want in a woman: Someone not too distant!

I know that it’s kind of a paradox because we say that men are afraid of losing their liberty when they’re in a relationship, but that doesn’t mean that you should become completely inaccessible.

If you’re familiar with my philosophy then you know that I always recommend using the chase me and I’ll run technique in order to put some distance between you and to not become too invested too fast. Some women don’t do anything because they’re subconsciously paralyzed by the fear of losing the guy, or of doing something wrong. They take no initiatives and contrary to what some people might think, men do not like this. They like to be with someone invested, but not suffocating.

What guys want in a woman is someone who takes the initiative and not only from a distance. This means that you have to find the right balance and a careful blend. So, if you never send the first message, if you never propose dates, and if you don’t seem invested, sooner or later he’s going to drift away. On the other hand, if you are able to find the right balance, you’ll earn lots of points and show him that you’re different.

Never neglect the importance of giving this time, and continuing to live your life because this is the key to knowing what men like and making them fall in love.

What men want in a woman: Complicity 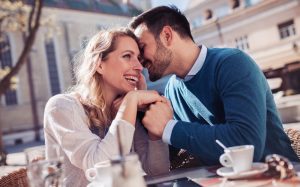 This is one of the things I insist most on during my coaching sessions. In my opinion, complicity is one of the most important things when you’re trying to <strong>make him fall for you</strong> (and throughout the entire relationship of course!)

You know, men are afraid of investing in serious relationships especially when you’re at the earliest stages, or if you aren’t even in a relationship yet. You can’t expect him to have full-blown feelings or to invest in the relationship right off the bat because otherwise, the pressure might result in him distancing himself from you.

When you’re thinking, “What do men really want,” think about this: They want someone who will go through this step of psychological closeness. You’re going to make the difference because you’ll be on the same page. You know the saying, “Great minds think alike?”

I’m not going to bust out the phrase, “It’s what’s inside that counts!” It is undeniable that there is a certain physical attraction that you have to take into consideration. I want to point out that this is true for both men and women. If you want to seduce someone you don’t know, it means that you already feel a physical attraction! 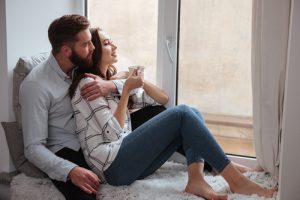 That said, we need to make sure that things are clear.

What men want in women isn’t just about the physical side of things. Forget about the false belief that men are only attracted to tall busty blonds or femme-fatale style dark-haired women with striking green eyes. Each man has his own taste and desires!

The important thing here is to know how to take care of yourself so that you feel good and can put your best foot forward. A woman that neglects herself and doesn’t feel good in her own body will have a harder time attracting men. It’s very important to find yourself attractive, to have healthy self-esteem, and to see yourself in a positive light before you attract someone. I am a firm believer in knowing how to love yourself before you love someone else because you don’t want to fall into emotional dependence or to put the person you have feelings for on a pedestal.

This could give rise to an unbalance that can create distance between you or lead to a separation.

What do men like in women: The element of surprise! 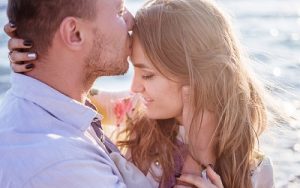 I have a little story that perfectly illustrates my point. It might make you laugh but it simply changed my life!

The first time I went to a restaurant with my current girlfriend I ordered a soda, a Sprite. During the first weeks of the relationship, every time I was at her house I found a can of Sprite in the fridge…and she hates sodas! So she had anticipated the things I would like and this really surprised me.

She hadn’t moved mountains for me or done anything crazy, she just bought the soda I like when she knew I was coming over! I was so surprised that I thought, “She’s different from the rest…” This is exactly the type of little things that can make a guy change!

And finally, what do guys really look for in a woman?

Each woman has her own qualities and flaws, so don’t try to completely change just to make a man happy!

Just provide him with positive surprises, take care of yourself, take initiatives, nurture the complicity between you, and above all, show what’s unique about you because this is what will make all of the difference. To learn more about this process, check out my book, The Code of Love.

There is something that is even more important than strictly adhering to the four tips I shared with you above, and that is taking the time to do some introspection and pinpointing anything that you might need to change within yourself, will factoring in the man you’re interested in. As soon as you understand what he’s really looking for, and showing him that you can read him like a book, he will see you in a completely different light.