10 reasons to split up from your partner 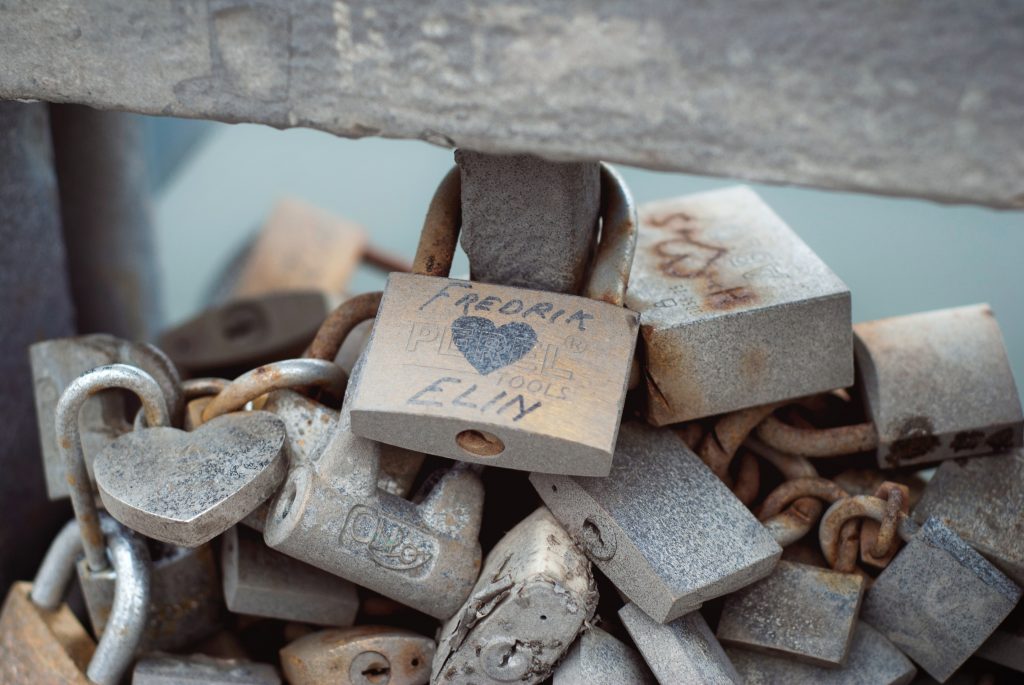 You’ve been hearing a voice in the back of your mind telling you that you might not be with the right person. But how can you know for sure? If this just a passing thing or have you been witnessing real reasons to split up from your partner? We all know that every relationship will have its ups and downs, but it isn’t always easy to know whether or not staying in the relationship is the right thing for you.

I wanted to write an article today to help you get a better idea of whether or not you feel it’s worth it to stay, or if it’s time to move on. I of course can’t make the decision for you, but my goal is that these indicators will help you to figure out what exactly you’d like to do. If you recognize most of the following indicators, it’s probably time to start preparing some changes…

How do you know if it’s time to break up?

It’s usually easy to tell when a friend’s relationship should be brought to a close, but it isn’t always that easy when it comes to your own relationship. It’s typically even harder when you’ve been with your significant other for a long time. Sometimes things start off great and you feel like you’ve found the love of your life, but as time goes on things begin to change, or you become aware of elements of the relationship and his or her personality that make you unhappy. No one is perfect, and all relationships will evolve, but how much of that should you accept? It’s always hard to let go of something that you’ve invested a lot of time and energy in, but a lot of people make the mistake of staying in relationships for the wrong reasons. So without further ado, let’s take a look at some of the most common relationship red flags. 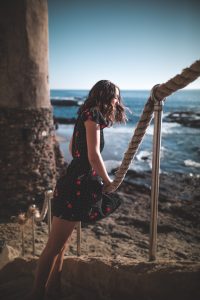 If that feeling of complicity and closeness doesn’t feel present anymore, it could mean that the relationship is coming to a close. A lot of relationships start off very intensely and when the passion begins to fizzle out, the couple realizes that they aren’t as close as they thought they were.

Sex has become pretty much non-existent

A lot of relationship uncertainty can arise when you realize that you’re barely intimate (if at all) with your partner anymore. This can be remedied, but if you don’t feel the desire to fix it, it could mean that you’re letting go already.

Sex is the only thing that’s alive in the relationship

Sometimes the issue is that sex is literally the only thing keeping you two together. If this isn’t a serious relationship and you don’t want or expect it to go anywhere, this is fine. But if you want to establish a solid relationship that’s going to stand the test of time, and if you want to share a deep, emotional connection and complicity with your partner, you’re going to need more than just good sex…

While it’s totally natural to sometimes ponder what it would be like to be with someone else from time to time, if you find yourself fixating on it and feeling more interested in other fish in the sea than your significant other, it might be time to break up. 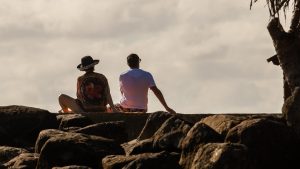 You’re not attracted to your partner anymore

As I said, you can work with a dwindling sex life, but if you actually don’t want to be intimate with your partner… Well, that’s different. You can’t force yourself to feel something for someone, even if it looks good on paper. The heart wants what it wants, but it also doesn’t want what it doesn’t want…

You can’t imagine a future together

Sometimes you come to realize that you don’t have the same ideas about your future together. For example, you want to settle down soon but your partner doesn’t, or your partner wants to take that job in a different state or country. Maybe you can’t imagine yourselves agreeing on how to raise kids or where to live… Sometimes it’s also a question of timing, and you two might not be in the same place right now (physically or emotionally speaking).

You’re fighting all the time

When you’re experiencing more tension and fights than good times, it’s normal that you would begin to think, “Should we break up?” Every relationship will experience disagreements and the occasional fight, but it shouldn’t be happening all the time.

One of you is emotionally dependent on the other

Emotional dependency is a sneaky thing that can seriously damage a lot of relationships. If you want to know more, I encourage you to read this article right away. Healthy relationships have balance and when someone relies on the other person to be happy, the relationship begins to suffer. 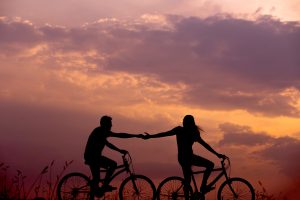 You’re just going through the motions

If you’re just doing everything you think you should be doing (going out on dates, making love, complementing each other, etc) but you’re simply doing it because you feel like you should, there’s a problem. If it isn’t coming from an actual desire to do so, it means you’re forcing something. You never want to feel like you’re playing a role to make your relationship work.

Maybe your significant other is putting the brakes on things and it’s making you think, “Should we break up or stay together?” Maybe he or she isn’t introducing you to their family or friends and isn’t open to talking about the future… If this is the case it’s important that you pay attention to whether or not this person sees you in their future and whether or not you want to have them in yours! There are so many signs for when to break up a long term relationship or a relationship that you began not too long ago, but what it really boils down to is this: If you have to try and convince yourself to stay in the relationship, chances are it’s not right for you.

When you’re thinking about if and when to dump your boyfriend or girlfriend, make sure you really take the time to think it through. Sometimes you can be angry after an argument and think about ending the relationship right away, but always remember that no relationship is perfect and the good needs to outweigh the bad. It’s hard to undo a breakup, so please be careful to not make any rash decisions. Luckily you’re on this site, reading this article, so it means that you want to make an educated decision. If you need a helping hand with making the decision or getting an ex back after you regret breaking up with them, don’t hesitate to reach out to me for coaching.

Your coach for knowing whether or not you should breakup